home Back to the last page

At the Penthouse
& Satellite Galleries

Light in the Sky

Solar winds and magnetospheric plasma. Sepulchral lights dancing in the sky. One is from a textbook, the other evokes magic, and both are descriptions of the eerie fragile beauty born out of violence that smears the night sky around Earth's poles. So too with a newly opened sound sculpture at Nuna, Aurora by Lorin Tone—a beautiful mesmeric meditation, an elergy, a calm that addresses a storm.

The sound source for this work—a composition by renowned film composer Hans Zimmer, was written to raise funds for the victims of the 2012 Aurora, Colorado shooting massacre. Twelve people were killed in the shooting and 58 more were wounded by gunfire.

Sound media artist Lorin Tone approached Zimmer's management to gain permission to reinterpret the piece into an interactive virtual sound sculpture. Permission was duly granted and Tone set about deconstructing the work, cutting it into pieces and stitching them into randomised layers, adding silences, superimposing fragments and adding interactive elements.

The result is more than interesting. In many ways it transcends its source material, exploiting aspects of the Virtual Reality medium in ways that are not normally possible in a scored composition. Tone has set a number of speakers in motion to create a ‘sound field’—sound that is constantly shifting in relation to the listener's position. A number of these speakers are activated by touch. The avatars of listeners are able to insert new sonic threads by activating a randomised selection of samples of tuned choral singing. Interaction with the work constantly changes its texture and produces new sonic mixings.

In electroacoustic works of this sort, the sound often moves through a bank of surrounding speakers to produce an illusion of movement—referred to as stereo imaging—and in live performance musicians can play while moving around the audience. But Virtual Reality allows the possibility of moving speakers and a level of personal interaction with the music not really possible in concert halls. What this work brings to its audience is an innovation—a harnessing of the unique potential of Virtual Reality to deliver something artistically 'other'.

Tone has utilised this potential to dramatic effect. This is a beautiful, timeless work, one that weaves magic across spinning stars. 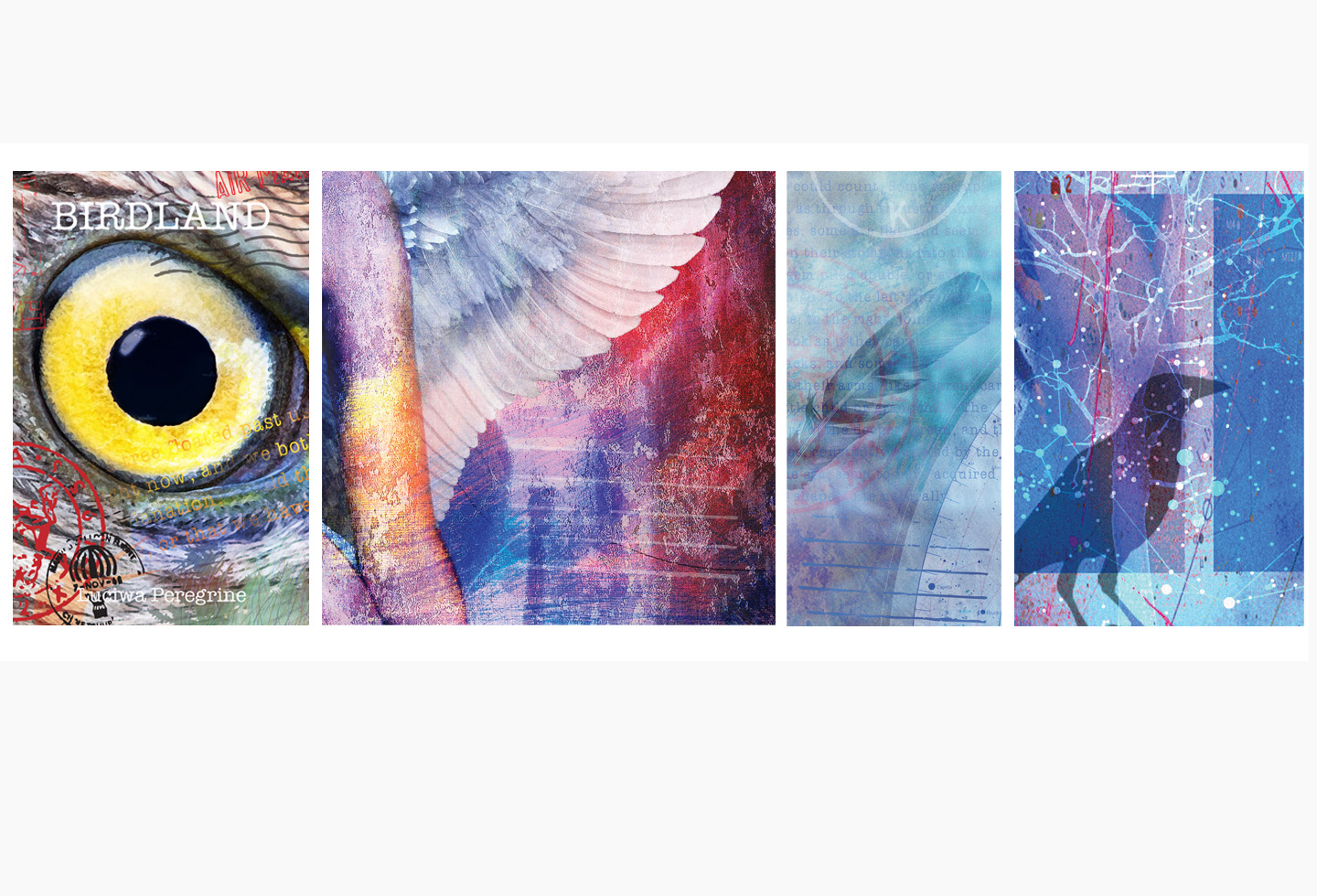 Intimate Topographies is an exhibition of new works by Nuna's curator, and resident artist, Alia, at the Nuna Penthouse. In this series the artist takes a cartographical approach to her nude studies. The figures are in close-up—an outline of a hip or a shoulder, a shadow cast by breast or abdomen. The landscape-esque overlay is abstacted—roughened earthen textures to create a beach, or crayon scratchings evoking wind swept grasses.

Contrasts are as important in these paintings as the titled theme which points to 'body as landscape' (rather than 'body in landscape'). On large canvases, broad brush strokes—which have a hasty restless energy—are reworked by subtle shadings of airbrush, careful splatterings and deft crayon scribblings. Colours contrast too, vibrant matched with vibrant, or pastelline against itself. Some hues push into fluorescence and contrast all the more jarringly, especially in the multimedia works. But the most striking contrast is in the subject matter, an unvarnished eroticism tempered with scratched earth or encrusted brine. These works are a meditation on opposites, an integration of yin and yang with blurred edges.

"When I stand behind my easel, I approach something like Plato's World of Forms. The body I'm studying becomes neutered, the sensual and other layered features fall away, but it gains a sort of objective purity. It becomes, for me, a problem of light and shadow. Of texture and grain. I literally perceive the nude as a type of landscape or still life. When I step away from the canvas the nude becomes naked again. A human... of course the model doesn't lose those qualities just because I'm sketching or painting him or her, their intrinsic sensuality is still there in the rendering too, but my perception of them is affected by the act of interpreting them. This series of works is a sort of annotation on that perceptual shift."

The artist has also created mixed media works—time-lapsed morphologies where superimposed layers are revealed fleetingly or an image passes through colour shifts—a psychadelic Warhol of cryptic Marilyns. The whole back wall of the gallery is occupied by a giant curved cinema screen playing a slowly evolving work Riddle of the Sphynx. On this canvas no attempt is made to bury the prone figure in its textural nest, it literally is the smooth sand dunes. The Egyptian Sphynx is imposed in the left corner, echoed by a small replica statue placed in the foreground. The sonic component of the work, by composer Mike Ratledge, makes reference to the Greek Sphynx in its intriguing narration.

The Sphynx in this artwork is the female principle, capricious as the femme fatale riddler who devours those that cannot solve her riddle. She is the ancient goddess, an erotic invitation to bind with the fertile Earth in her prone form. And she is the voice that speaks exclusively to women as they come to terms with their bodies, attracted and repulsed by their fertility. Intimate Topographies might be read as an artist's self-portrait in quantised portions. But the commentary goes beyond that, delving into what it means to be who you are. A japanese waka by Ono no Komachi accompanies the painting Intertidal I: Ocean—a stark portrait of the artist's pelvis. Ono no Komachi was one of the great woman poets of the Man'yōshū from the early Heian period and a legendary beauty. It reads:

WHERE : Nuna Penthouse Gallery 1
WHEN : Now

The room is white. On one wall sits a large white canvas in three pieces. It has part of a chair etched onto its upper left region. Sparse minimalism, a pale shadow on eggshell white on gallery white, the Japanese quest for poetic subtlety akin to a white bird on the snowy slopes of Mt Fuji. A hand-made chair sits in the middle of the room facing the canvas. It is the same chair that is scratched onto its surface with simple lines, as a child might draw a chair but with more surety.

The chair and the canvas depicting the chair set up an unexpected dialogue between the viewer and the viewed. The chair is positioned to view a painting of itself. It "sits in" for a human viewer. The painting creates a feedback loop, a commentary on the chair and the space that surrounds it.

Where the collective visual space is a meditation on whiteness, the aural space is filled with carefully crafted sounds that connect to the assembled objects along another plane. These are the sounds of the chair being made, the artist in his studio sharpening saws, drawing his plane along wood, speaking to himself as he works. The making of the artwork becomes the essence of the artwork. Sea of Serendipity is a collaborative sound sculpture by Kazu Nakagawa (visual artist), Helen Bowater (composer) and David Bowater (composer/sound engineer). It confronts our understanding of how we perceive art; what limits we assign to an artwork and whether they are real edges or edges that we impose—our own limitations.

The collection of sounds emanating from opposing speakers were recorded in Nakagawa's studio by Bowater and Bowater and arranged into electroacoustic pieces so that, coupled with canvas and chair, the work centres on the hidden relationship between making and viewing art. The compositions, one by each of the Bowaters, are played against each other and they overlay in aperiodic fashion. The overall sound fabric only repeats after a few days so that a dimension of time is added to an otherwise static display.

The Japanese concept of “ma” which Nakagawa employs in his art practice, and which the Bowaters’ echo in this sonic fabric, is at the heart of the work. Japanese design aesthetics place equal or even greater weight on negative space, the space that surrounds an object and is reflected off the object. Ma holds a work in tension with, and extends its reach into, its surroundings. In this work the silences in the sonic textures and the spaces between visual objects are as vital as the objects themselves. Every facet of this work has something to say. It reveals itself to you in "Aha!" moments.

Sea of Serendipity is a thought piece. Its objects almost don't matter—they're like the spectacles you see through rather than the eyes you see with. The chair is skeletal in its rendering, which feels right as the empty/not empty gallery—and what any gallery represents—provides the real flesh for these bones.